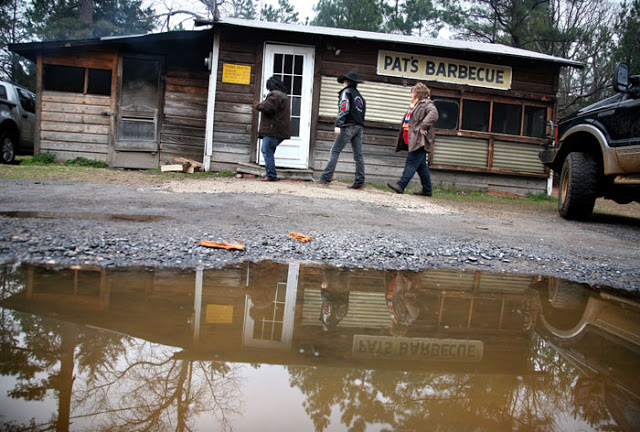 Gary writes, "The small, wood-frame building sits on a small lot notched between pine trees and pasture. An outhouse is out back.

Inside the main room, near the front door, is a fridge. Once, it was white. Four fly swatters hang from the counter, under the drink cooler. The light bulbs are bare, and the wood framing lumber is black, coated not with paint but 50 years of smoke.

Pat died in 1999, so family members run the place now. When his son, Arthur Gee, opened the door to the pit room, smoke sifted through."

I'm lucky enough to have discovered Pats in the late 70s, when I was a high school student in Tyler. The place hasn't changed much at all over the past 30 years. The cramped seating at six-foot folding tables still encourages communion between BBQ lovers. You may be sitting next to a judge or doctor from Tyler on one side, a sharecropper from East Texas on the other. What you have in common is a deep respect for the Gee family and the barbeque that has come off their smokers for 30-plus years. 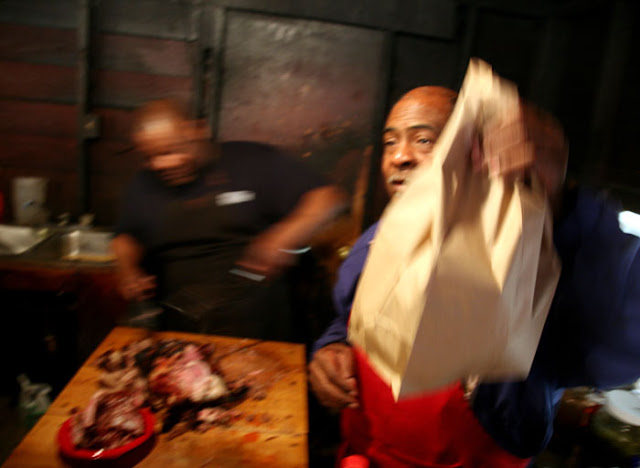 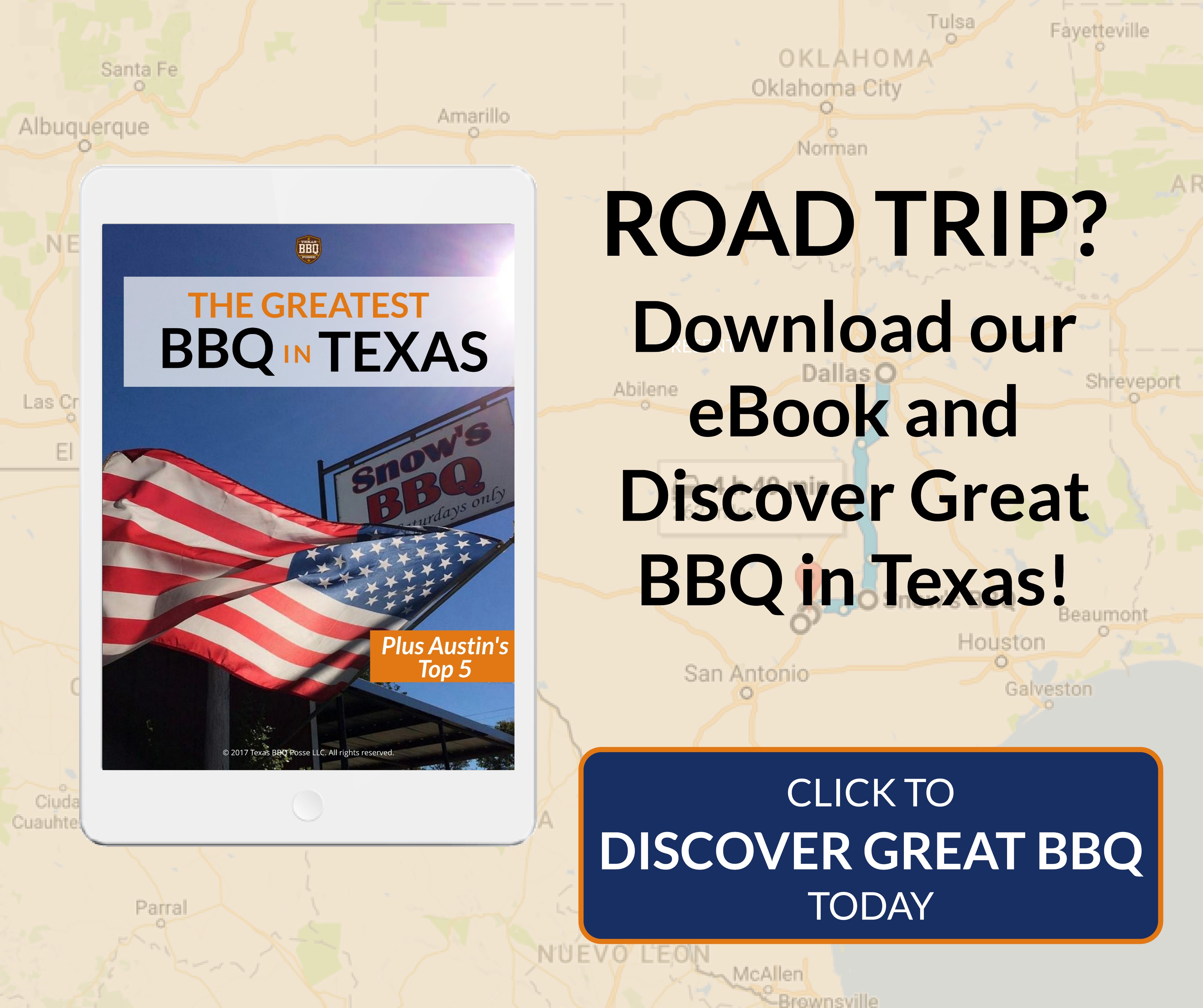 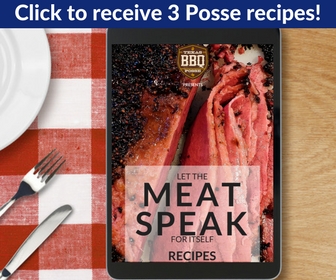 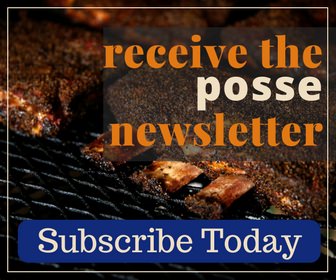