Looking for a great Dallas lunch deal? Dylan’s Barbecue Saloon may be your place

Looking for a great Dallas lunch deal? Dylan’s Barbecue Saloon may be your place 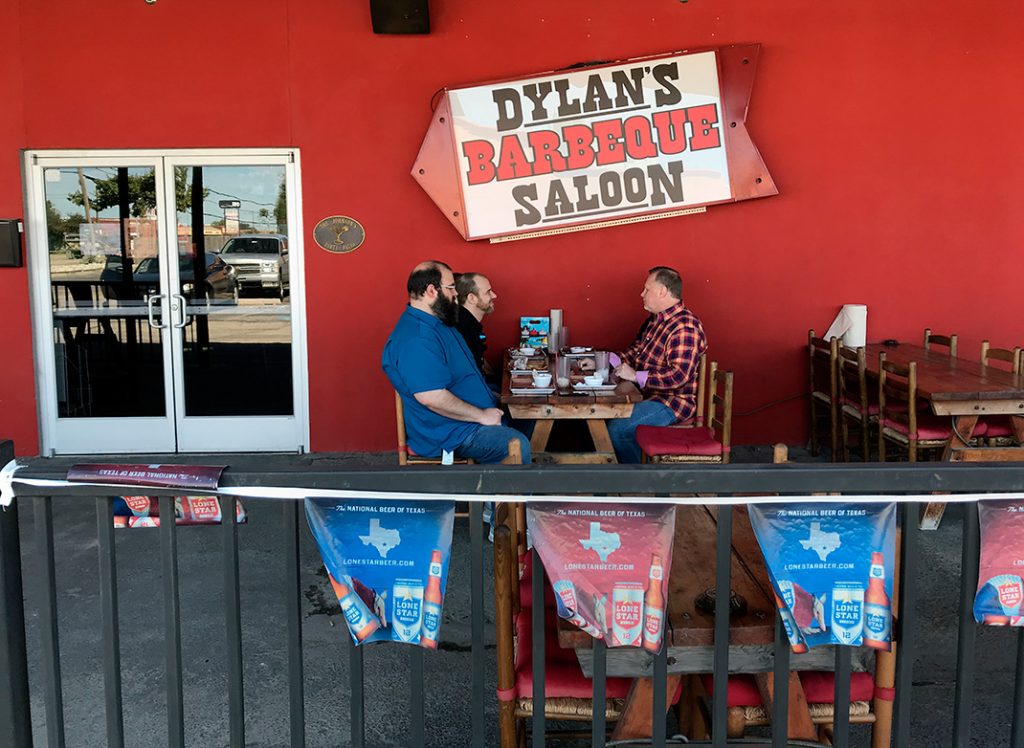 Eating good barbecue for lunch in Dallas can often be a costly proposition, sometimes heading north of $20 at the better-known joints. The Posse is always on the lookout for the next great lunch deal and we recently found one at Dylan’s Barbecue Saloon, located just west of Loop 12 on Northwest Highway.

Dylan’s was opened a little more than two years ago by Dylan Johnson, owner of Milo’s Bar in Arlington, in partnership with long-time caterer Bryan Mahoney. I spent some time chatting with Bryan at the bar on a return visit recently, telling him how much we liked the joint, for both its food and atmosphere.

The area is in somewhat of a BBQ desert in Dallas. I work just south of DFW Airport and know first hand what it’s like trying to find good BBQ on your lunch break. We pretty much have to drive back into Dallas to either Slow Bone or Ferris Wheelers, or northwest to Meat U Anywhere in Grapevine, taking 20 minutes or so each way. By contrast we can pull up to Dylan’s in 10 minutes. 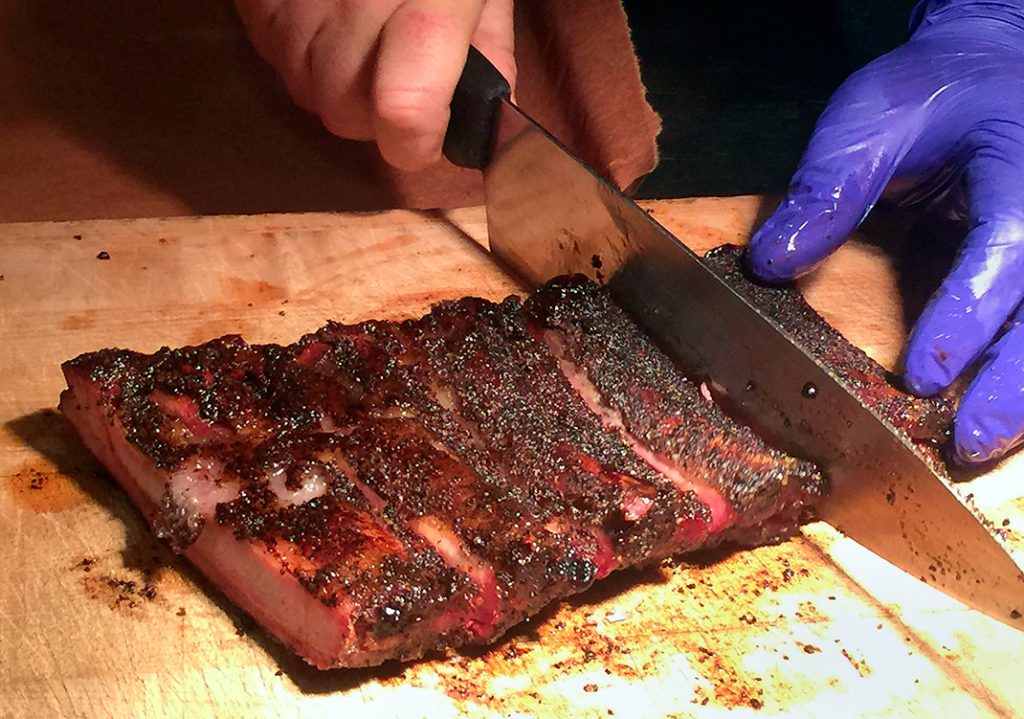 Bryan talked about the challenges of their location, on a strip of Northwest Highway known for clubs, especially of the adult entertainment variety, along with liquor stores and industrial businesses. Thus the great lunch deals to lure people to the area.

You can check out their website for the details on lunch specials, but here are several of my favorites so far. On Wednesdays, you can get a half-rack of St. Louis-style ribs, two homemade sides and a drink for $11.99. On Mondays you can get the sandwich of your choice, one side and a drink for $6.99. The smoked chicken salad sandwich special on Tuesdays, also $6.99, was really good, with Bryan’s unique take one of my favorites.

But it’s not just about great lunch specials at Dylan’s Barbecue Saloon. Though Bryan didn’t have a lot of experience smoking barbecue, he had an extensive background in catering and restaurants when he and Dylan joined forces. The sides are almost all homemade, with the exception of the fried okra, each from original recipes.

Bryan did his research on smoking meats, including visiting with Aaron Franklin, who advised him to keep it simple (salt and pepper on your briskets) and not make many changes early on. He also learned you have to please a wide variety of people with a differing tastes in BBQ. Some like heavy smoke, some like it lighter and some not at all. The meats offered at Dylan’s reflect those varying levels of smoke depending on what you’re ordering. He’s usually manning the cutting board, so just let him know your preference. 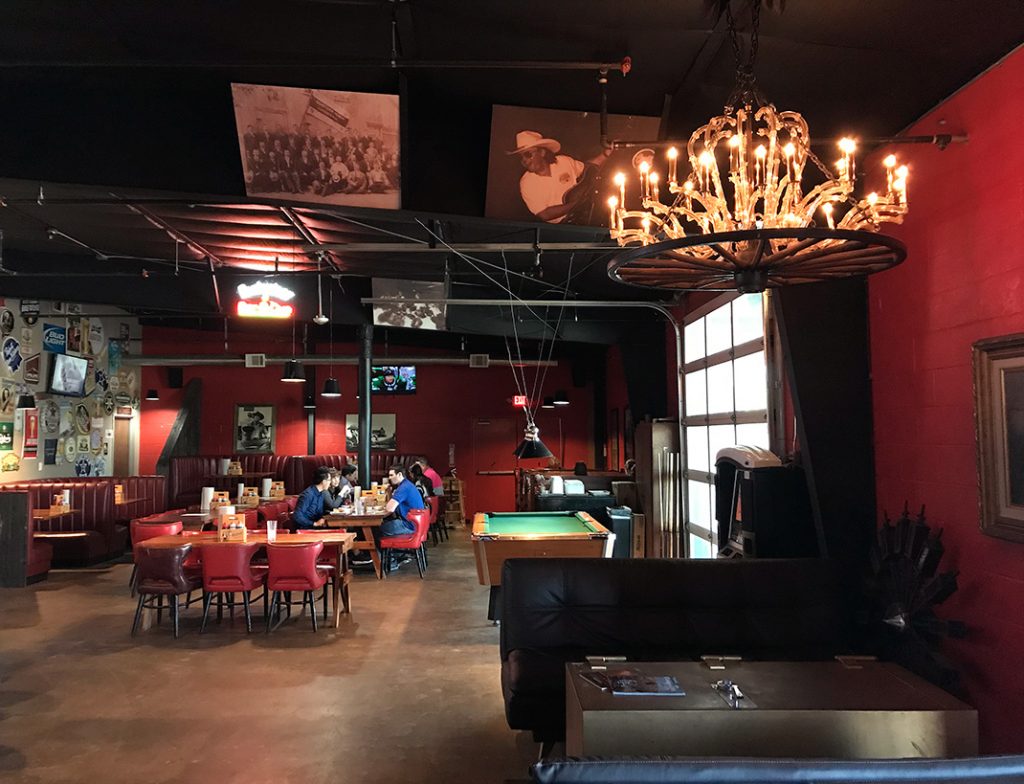 He also credits Daniel Vaughn, Texas Monthly BBQ editor, with helping get the operation on the path to success as the partners worked to perfect their menu and smoking techniques. Daniel gave them honest feedback, both praise and criticism, from several visits and wrote about the joint last year for the TMBBQ site.

Daniel called them a “work in progress” in 2016, but we have been impressed on our two visits there over the last month. Dylan is curious to see what Daniel would think a year later into their development. The four other folks I’ve eaten there with were impressed, pretty much across the board, and we plan to go back often. 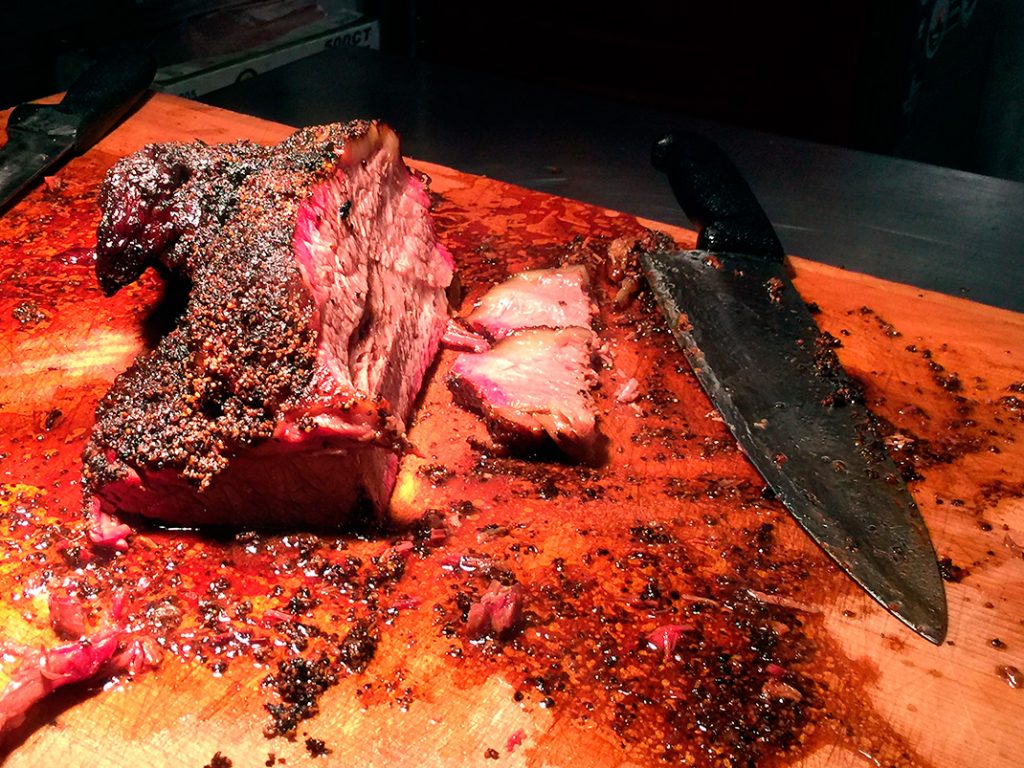 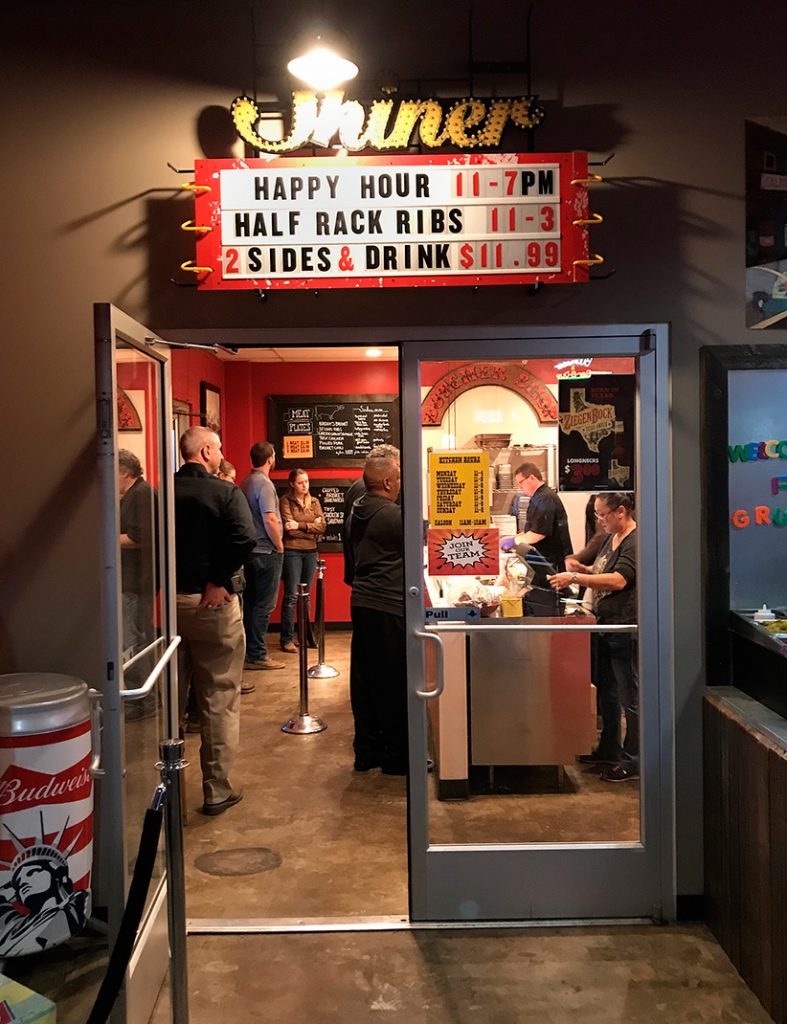 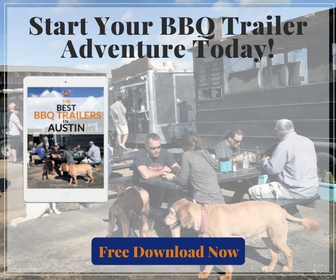